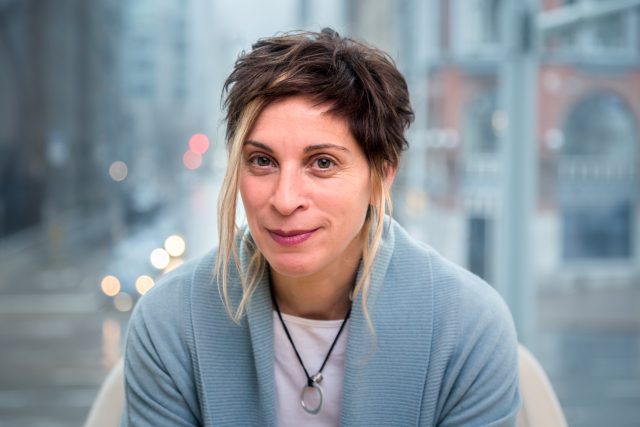 In the midst of a lockdown, with our lives largely constricted within our domestic spaces, the right to adequate housing has become particularly pressing. In November, the Centre for Cities, in collaboration with Windsor Law’s Transnational Law and Justice Network (TLJN), co-hosted a conversation with Leilani Farha, human rights lawyer and director of THE SHIFT, a global initiative on adequate housing. Leilani, who also taught at Windsor Law for several years in the mid-2000’s, has been on a quest to understand and expose the nature of the current global housing crisis; this quest is the subject of the documentary film PUSH.

What emerged from the film, and was further expanded in the Q&A, is the necessity of framing housing as a human rights issue, rather than a matter of socio-economic policy. Seeing housing as something inextricably linked to human dignity, Leilani claims, can alter the way that it is valued, produced and regulated.

Leilani finished a six-year tenure as a UN Special Rapporteur on the Right to Housing in April 2020 – a role she buoyantly referred to as “quite amazing” because of the independence of the position. She was not compelled to push the agenda of any particular entity, while enmeshed in conversation with a myriad of institutions, businesses, NGOs, academics, and importantly, individuals who had experience with precarious housing. Her approach in this role was two-fold: to render the right to housing a gripping and accessible topic, while also creating high-level legal arguments to advance this right.

The less glamorous part of the role: it is an unpaid position – compelling her to work from her basement when not travelling – in a branch of the UN that is jarringly under-resourced. (The Office of the High Commissioner for Human Rights receives only 3% of the UN funding, though Human Rights are listed as one of the three pillars of the UN.) During her mandate, Leilani wrote a series of reports, culminating in the creation of a set of guidelines on the implementation of right to housing which can be used at all levels of governments, municipal to national.

A central theme in these guidelines, which is also a main thread in the documentary, is the link between the housing crisis and high finance. The current crisis, as described in the guidelines, “is not caused by a decline in resources or economic downturn, but by economic growth, expansion, unbridled accumulation and growing inequality.” The most dramatic increases of homelessness, Leilani points out, are in wealthy cities – specifically, in global financial capitals. Out of the economic crisis in 2008, private equity and asset management firms, along with investment banks, “decided that they could make a killing out of a distressed asset” turning homes into assets for investments at extraordinary scales.

Investment company Blackstone is illustrative of this trend: with $154 billion in real estate assets under management, purchasing thousands of units in low-rental housing around the world, and dramatically increasing the price after cosmetic changes, it has pushed out residents in droves in cities like New York, London, Berlin and Stockholm. An investment company has become the world’s largest landlord. But a house is not an asset in the same way that gold is, Leilani reminds us – it is a dwelling place that is foundational for life with a trace of dignity and security.

While it appears that it is the economic paradigm that is not working, Leilani claims that capitalism is not the problem, unbridled capitalism is. “I need to be strategic”, she says. “If I were perceived as someone who wants to tear down capitalism, I would not be taken seriously.” Capitalism works for the majority of homeowners/dwellers – it would be inaccurate to say that this system is failing humanity, but it is failing a subset of people in a really abhorrent way. At bottom, what she is seeking is a “capitalism that is responsive to human rights.”

Her strategy includes contextualizing the right to housing in a very visceral way to the politicians. She invites them to take a step back, get their head around the terms composing the definition of the right to adequate housing: the right to live in peace, security, dignity. Consider, she would say, what dignity means for someone living  under a bridge: a person who cannot shower in weeks, who must desecrate on the street. Consider what security means for someone who lives in fear of being evicted, having to face the reality of life under that bridge. Once this definition is appreciated, then a mayor can look at the current laws and regulations and see what needs to be altered.

With regard to the role of cities in this struggle, Leilani claims that they are central drivers of the problem and key to finding solutions. Promptly adding that cities can reach a ceiling, “they have less power than they let on”. Cities are entrusted with the right to housing, yet don’t have the powers or fiscal capacities to deliver meaningfully. They are at the front line to push other levels of government on this topic – a collaboration which is critical. Though she added, these developments cannot materialize without social movements: “you need those that are living the experience to speak about it”.

A perfect storm for significant change, she claimed, would include social movements, strategic litigation, and good journalism. Social movements can be emboldened by linking them to human rights – governments have committed to upholding these. Strategic litigation should be informed by social movements. Journalism should dig deep to expose the trends exacerbating the housing crisis and be relentless in demanding answers from politicians. Questions that arise, that would require investigation: is Blackstone operating in Canada? Who are the largest landlords in our cities?

Leilani’s concern about the link between high-finance and housing crisis leads to another, more urgent question: could the economic devastation caused by COVID-19 and the specter of mass evictions be precisely the kind of fertile ground sought by private equity firms to expand their reach? If so, it’s a particularly good time to push back.

Flavia Zaka is a 3L Windsor Law Student and a Student Research Associate of the Windsor Law Centre for Cities.