Climate Blog: Urban Sprawl – how can we grow sustainably?

Home > Climate Blog: Urban Sprawl – how can we grow sustainably? 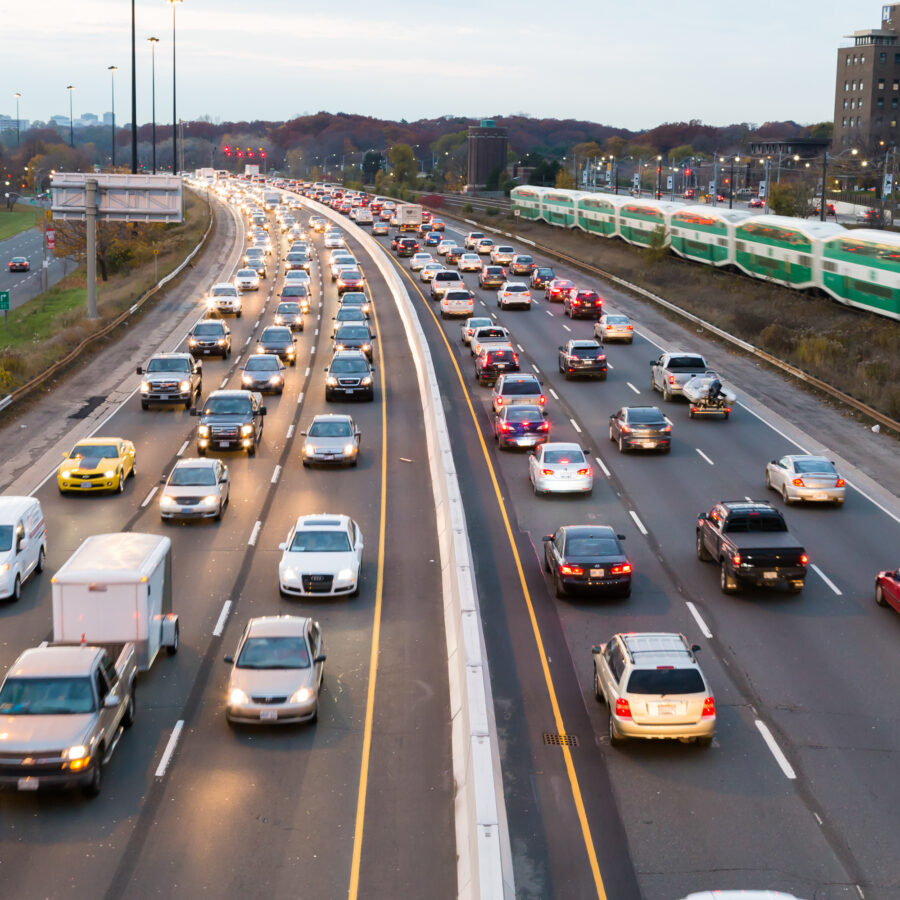 Climate Blog: Urban Sprawl – how can we grow sustainably?

The Merriam-Webster dictionary defines urban sprawl as “the spreading of urban developments (such as houses and shopping centers) on undeveloped land near a city”. This type of expansion of cities and towns is often characterized by low density (areas without tall buildings, and lots of space between buildings) residential housing, single-use zoning and heavy reliance on cars for transportation.

Urban sprawl dates back to the late 1800’s when suburbs came into being on the outskirts of the major city centers on the East coast of the United States, and these suburbs really began to flourish after World War II in the mid 20th century. At the time, this suburban development was sparked by a housing shortage in cities and thus the areas lying on the outskirts of metropolitan areas seemed ideal for expansion, as they were relatively inexpensive when compared to land within cities. Over time this led to the creation of major metropolitan areas in both Canada and the United States and has led to a substantial increase in the spatial or geographic footprint of these areas. This time-lapse video shows the urban sprawl expansion of the Greater Toronto Area from 1984-2016. This style of expansion occurred in numerous cities across Canada; a Statistics Canada study from 2016 provides maps of major Canadian cities’ urban sprawl from 1971-2011.

Urban Sprawl and Our Environment

Urban sprawl expansion has not come without its costs, especially when it comes to the environment. Serious air pollution, destruction of animal habitats/loss of biodiversity, drastic reduction in green space, loss of forest cover, and traffic congestion are just some of the negative effects of this unrestricted style of urban expansion. Studies have shown that urban sprawl is responsible for up to 30% of all greenhouse gas (GHG) emissions. This is due to factors which include longer car trips that are a characteristic of this style of development. The more kilometres travelled per resident in automobiles, the more carbon dioxide that is emitted into the atmosphere.

Sprawl also contributes to GHG emissions, and therefore climate change, by making it more expensive (and therefore unviable) for cities to main or develop climate-friendly municipal services including public transit (even more so since municipalities and taxpayers are saddled with the ongoing maintenance costs of sprawl infrastructure such as longer roads, sewers, etc). It makes distances between home, work, school, shops and other amenities longer, so that walking and biking are less viable options which reinforces car reliance. In Canada, urban sprawl has also resulted in a large loss of farmland. Only 5% of Canada’s entire land base is suitable for growing food, yet more than 7400 sq km of dependable farmland have been absorbed by urban uses. The class 1 soil that used to exist in these areas is now buried under highways, strip malls, and other infrastructure.

Given the environmental issues that result from urban sprawl, an obvious question is what is the alternative? Fortunately, there are a few options that can be implemented to allow cities to grow in a sustainable way but still accommodate a larger population. “Smart Growth” principles guide much of this work. Smart growth is a development principle that encourages mixed-use development (e.g. combining residential areas with places of employment and business instead of isolating individual areas for different purposes), creating walkable neighbourhoods, utilizing compact building design, and working to make development decisions predictable, fair, and cost-effective. Smart Growth strategies can allow for more environmentally friendly growth as well as urban growth that results in unique communities.

Local planning policies that emphasize building denser urban areas that accommodate more people per square kilometer would be a good start. What this might look like is an urban area characterized by buildings that grow upwards rather than outwards (e.g. high-rise apartments), or “gentle density” approaches which advocate for low-rise but denser development than single-family homes. Density-friendly policies also serve to increase the availability of affordable housing. Community improvement plans like this Main Street one from Tecumseh, Ontario, which prioritize higher-density development, and accompanying tax incentives for such builds, help to encourage this type of sustainable growth.

In Ontario, legislation as well as a growth plan have been put forth by the provincial government that does address urban sprawl. The Greenbelt Act, 2005 was put in place with the objectives of protecting farmland, communities, forests, wetlands and watersheds around the Greater Toronto Area (GTA). One of the objectives of this Act is to ensure that the development of infrastructure and transportation occurs in an environmentally sensitive manner. The Golden Horseshoe Growth Plan also aims to address urban sprawl through prioritizing strategic growth in land use and infrastructure to support transit viability.

However, much of the work to be done to curb sprawl rests with municipalities, who have the primary responsibility for land use planning. Many municipalities in Canada also now include language in their official plans and zoning by-laws indicating a commitment to sustainable urban development. The City of Calgary’s Municipal Development Plan (or MDP) addresses urban sprawl by calling for better land use planning that takes into account environmental and climate change considerations. Calgary’s MDP lists goals such as implementing mixed-use development, as well as collaborating with partners and agencies in the transportation industry, energy industry, and development and building fields to integrate energy efficiency into the development of new neighbourhoods. Earlier this month the City of Calgary rejected 11 proposals for sprawl developments.

For a detailed look at which municipalities in Ontario have acknowledged climate concerns in their municipal plans, take a look at this map tool compiled by Katie Pfaff from the Windsor Law Cities and Climate Action Forum policy clinic, with research conducted by the Winter 2020 clinic team. Inclusion of climate action-related language in official planning documents provides a framework for municipal decision-making that addresses climate change and reduces sprawl. In the first five days since the tool was launched, it has been viewed over 550 times, indicating a wide interest in municipal land use-oriented climate action.

What can you do to help?

The path to developing sustainable communities is not an easy one and it will take the collaboration of different levels of government as well as individual citizens. On an individual scale the David Suzuki Foundation recommends some strategies that citizens can take in response to urban sprawl development such as:

The latter of these is particularly important. Climate-friendly land-use planning makes it easier for everyone to make climate-friendly lifestyle choices. Concerned citizens can have their opinions on urban sprawl heard by being a delegate to city council whenever new developments are being debated. Follow this link for more information on how to make an effective deputation and have your council members hear your concerns about sprawl developments in your own community.

Gurv Parmar is a Windsor Law JD student and a member of the Windsor Law Cities and Climate Action policy clinic.