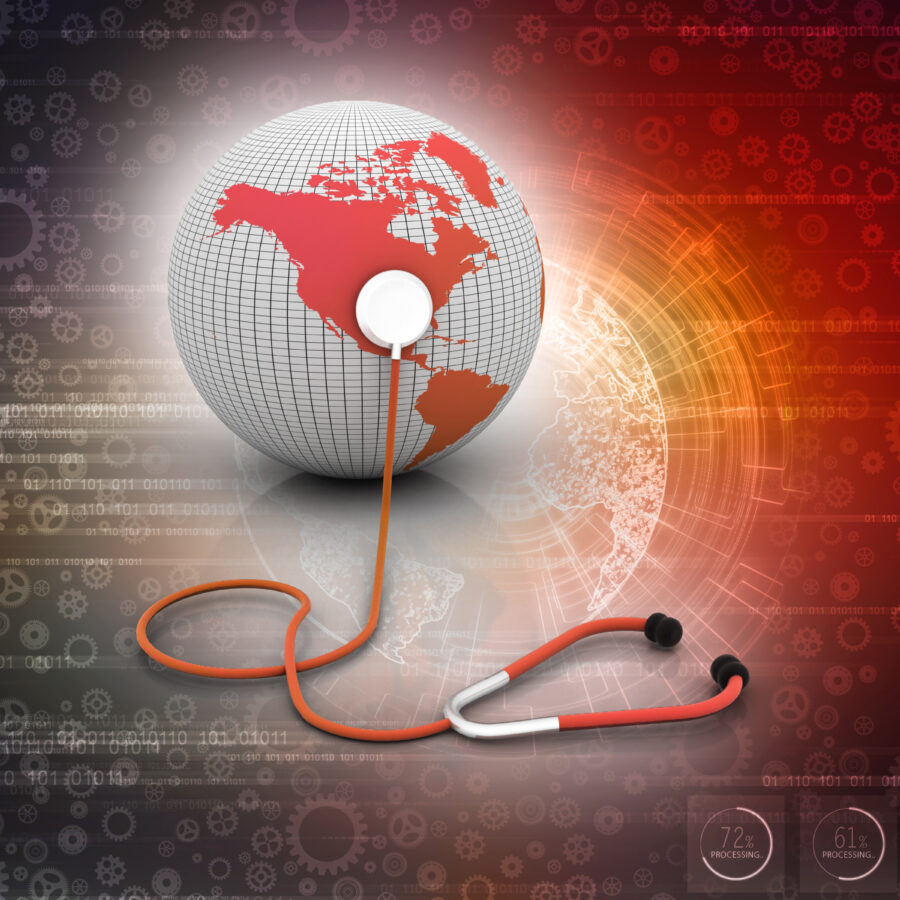 Local public institutions such as universities, colleges, health-care institutions and schools that play a leadership role in the community are sometimes referred to as anchor institutions. It is increasingly recognized that such institutions have an important role to play in battling climate change. The University of Windsor’s first Climate Week, held in February, opened with a panel on Local Anchor Institutions’ Climate Plans.

Led by University of Windsor President Dr. Robert Gordon, leaders or sustainability staff from 9 local institutions shared details of their current or planned climate initiatives.  The panel was opened with comments from Dr. Michael Siu, Vice-President of Research and Innovation, University of Windsor and Jana Jandal Alrifai, a Grade 12 student at Vincent Massey Secondary School and Vice President of the Windsor-Essex Youth Climate Council, and was moderated by Windsor Law Centre for Cities Director Dr. Anneke Smit.

On the eve of Earth Day 2021, this blog post reports on some of the climate initiatives highlighted by participating institutions, and speakers’ reflections on next steps for their organizations in addressing the climate crisis.

The 9 participants in the session were:

UWindsor President Gordon opened the panel by announcing new climate commitments coming from the University.  President Gordon stated that he will establish UWindsor’s new zero emissions goal within the coming months, create a “long-overdue” sustainability directorate to help guide this work, and allocate more funding for sustainability project on campus with a focus on those which will reduce our campus carbon footprint.

President Gordon reported that UWindsor has signed on to the United Nations Principles for Responsible Investment (UNPRI). Through 6 principles, the UNPRI work to “understand the investment implications of environmental, social and governance (ESG) factors” and to “support its international network of investor signatories in incorporating these factors into their investment and ownership decisions.

In September 2017, ERCA recognized that a regional approach to addressing climate change impacts would be the most efficient path forward. They supported the development of the Windsor-Essex Climate Change Collaborative (WEC3) to help coordinate the climate efforts of local municipalities and other organizations. In further support of ERCA’s region-wide approach, they have hosted two regional workshops between municipalities.

ERCA’s Climate Smart Restoration Program reviews tree species and utilizes generic diversity via local and non-local seed for there restoration programs to ensure that our forests and habitats are resilient to climate impacts. They work with farmers and are collaborating on a regional agricultural adaption strategy to determine how best to support transitions toward productive climate resilient farming practices that sustain local food production.

ERCA has also focused on climate adaption and created a flood plan map prioritization study which takes into account the changing weather patterns, variable lake levels and increased flooding and erosion, and identifying vulnerable areas, which is a critical step in creating safe and sustainable development practices.

Warden Gary McNamara focused on the economic opportunities inherent in addressing the threat of climate change. Warden McNamara noted that Essex County has faced issues of flooding, frequent storms, and rising shorelines related to climate change, and noted that the County of Essex had passed a Climate Emergency Declaration in November 2019. The REP will not only work to combat climate change through the reduction of emissions but will equally support and facilitate economic opportunities by creating jobs.

Warden McNamara believes that this message needs to be amplified by the County of Essex and its partners to galvanize the community into making choices that will benefit both climate and the bottom line. The collaboration of businesses, industries, and residences can generate at least $100 million in support of new jobs by 2025, and savings of over $15 billion by 2041 along with continued economic growth.

Hotel-Dieu Grace Hospital (HDGH) has launched a Green Initiative. This initiative focuses on increasing HDGH’s waste diversion rate by reducing the amount of waste going to landfill. HDGH has significantly improved its recycling program (moving away from bottled water to installing water filling stations across the campus, composting) and have been more conscious on purchasing ecofriendly alternatives to current materials used throughout the hospital. Lastly, HDGH’s energy efficiency project has helped to remove 321 tonnes of carbon emissions from the overall production.

HDGH is also part of the Canadian Coalition for Green Healthcare. This coalition shares data and information on how to improve actions geared towards waste reduction and green initiatives. Kaffer noted the hospital’s development of a net zero goal and currently they have reduced green house gases by 8.5% falling in line with their target with the Energy Conservation Project. The project includes initiatives like moving towards energy efficient lighting, upgraded HVAC systems, and are exploring targets related to parking – creating electric charging stations, making a transit hub at the hospital to encourage active transportation rather than driving, and making services more accessible to communities by going out to those communities in order to reduce the need to drive to the hospital (HDGH has been working with the County of Essex to get this initiative going).

Picard spoke of a passion for youth engagement and the very important role that youth play in climate action. A major issue that Providence wants to address is their schools’ energy usage. The old and out-dated fluorescent lights have been substituted to LED lights across all schools in the Conseil. These produce fewer emissions. They have also eliminated standalone heating and transitioned to centralized heating and cooling in an effort to reduce waste.

The Conseil has launched an initiative that reduces and eliminates the use of single-use plastics like plastic water bottles, and planting trees in schoolyards.  Picard noted that this initiative had begun with students who brought it forward to the Conseil.

Richters noted that Windsor’s first climate change action plan dates back to 2012. In more recent plans, climate science is a driving force in building and creating policy plans. Richters expressed concerns of flooding, high water levels, and extreme heat as issues that are at the forefront in Windsor.

Recently, the city approved a Sewer Master Plan, estimated to cost $4.9 billion. It is intended to address the city’s sewer systems in order to reduce flooding. Richters also noted other measures that the city has taken in response to climate change such as redoing Windsor’s marinas because of high water levels.

Ultimately, Richters emphasized the need for adaption and mitigation, and the benefits to community partnerships and groups collaborating together like the university, school boards, etc. Further, the importance of openness and honesty about climate data and providing resources to the community in order to continue to engage and work with others.

St. Clair College aligns its programs with what is happening in the community, and ensures that it is reflecting current trends of what is happening in industry. They work closely with community partners, and all programs have Program Advisory Committees, which meet once or twice a year. The Committee allows for knowledge sharing so that the College can gain valuable insight from community groups and stakeholders in order to continually improve on their programs and make sure that they remain relevant. Within this discussion, Wawrow noted the possibility of St. Clair College re-launching older programs such as Energy Systems Design and Sustainable Energy Technician.

Wawrow mentioned St. Clair’s work with Windsor and Essex County on transportation strategies. He also noted the increase in climate change conversations and stated that as they develop their capacity and continue to conduct research, all of this will help to steer the future direction of the College with a climate lens. Wawrow was hopeful this would be turned into concrete strategies.

Current climate change infrastructural initiatives at St. Clair College include energy efficient lighting as they have moved to over 1,000 energy saving light bulbs that will reduce greenhouse gas emissions by 30 metric tonnes.

Ibrahim was passionate about the role and responsibility that school boards have in the community in providing environment education and action. WECDSB have developed an environmental plan and continue to look at these plans and improve through collaboration with the community and the Minister of Education.

Environmental education and action are the two pillars that WECDSB believe are key – empowering students to think about our environmental issues and concerns, and provide them with a framework for action. For instance, the Muskoka Woods Experience encourages youth leadership, and finding ways to bring attention to climate change locally and globally. In classrooms, WECDSB tries to facilitate discussions on alternative energy sources, alternative water sources, and off-grid experiences.

GECDSB has for a long time worked on energy conservation planning. In 2014, the board’s first energy demand conservation plan was created with annual reports on energy being collected, and as a result, implementations have been made in design, construction, and retrofitting of schools. In over 80% of the Board’s schools, lighting has been changed to LED lights; HVAC upgrades have taken place to improve energy efficiency; building upgrades, windows and roofs for the conservation of heating and cooling.

On curriculum, Quenneville noted that Eco-schools Canada modules have been used by teachers in the classroom.

The Board has been engaging on the issue of active transportation and no-idling on school grounds.  A reduction of plastics committee was formed by students, and resulted in the elimination of Styrofoam in GECDSB schools (with more reductions planned).  Quenneville also noted the ways in which the Board promotes competitions within schools to promote energy-saving conservation. One example given was the energy-saving competition, where schools were given a percentage of the cost-savings, with the proceeds going towards environmental stewardship projects.

This launch event of UWindsor Climate Week was an opportunity to highlight the important leadership role of local anchor institutions in effecting real climate action in the Windsor-Essex region. We are thankful to everyone who participated in the sessions, and to those who attended, and hope that this will be the beginning of an ongoing collective engagement by local institutions on this subject. The recording of the session is available here.

UWindsor Climate Week was co-hosted by the Windsor Law Cities and Climate Action Forum and the Windsor-Essex Climate Change Collaborative. Information about the week’s other events is available here.

Mikal Daniel is a graduating Windsor Law student and a Winter 2021 member of the Windsor Law Cities and Climate Action Forum.