This series was written as part of a collaboration between the Indigenous Legal Orders Institute and the Centre for Cities at Windsor Law, and the City of Windsor’s Diversity and Accessibility Officer.

Municipalities have struggled to understand their role in reconciliation amongst the political challenges of cultural competency, differing and often weak consultation models, and changing governance and nation-to-nation relationships. The answer to whether municipalities have a role to play in reconciliation is rooted in the duty to consult, but reinforced by other sources of law and policy which outline broader obligations of consultation.

Municipalities and the Duty to Consult

One of the most significant legal bases for the duty of governments to consult with Indigenous communities is section 35(1) of the Constitution Act. At its basic level, the duty to consult is engaged when provincial and federal governments consider actions that might adversely impact potential or established Indigenous treaty rights as protected under the Canadian Charter of Rights and Freedoms.

While it is not disputed that provincial and federal governments owe such a duty to Indigenous Nations, there has been significant and increasing legal consideration of the extent to which municipalities too may be bound by the duty to consult.

Other Legal Bases for Municipal-Indigenous Consultation

Beyond the duty to consult, however, the obligations of municipalities to contribute to reconciliation are being expressed more and more explicitly. While legal framing of this relationship has historically been quite weak, the 1996 Report on the Royal Commission on Aboriginal Peoples addressed the Indigenous-municipal relationship, ultimately directing Canadian municipalities to review, clarify and deepen Indigenous-municipal relationships across Canada.

For example, Ontario’s Municipal Act outlines some specific responsibilities Canadian municipalities have towards First Nation communities. Recommendations constructed by international and domestic bodies also provide guidance. These include the 2007 United Nations Declaration of the Rights of Indigenous Peoples (UNDRIP) and the 2015 Calls to Action by the Truth and Reconciliation Commission (TRC). Other tools created have been specifically focused on municipalities. For example, the Association of Municipalities of Ontario (AMO) now provides resources to support Ontario’s 444 municipalities “in establishing and strengthening relationships with Indigenous communities”.

The City of Windsor has recently made some efforts to improve the City’s relationship with local Indigenous communities. In 2021, Windsor City Council marked the National Day for Truth and Reconciliation, adopted a land acknowledgement, and voted to establish an Indigenous-Municipal Steering Committee. The form and responsibilities of that body have not yet been decided. Our work, jointly overseen by the City of Windsor’s Diversity and Accessibility Officer, the Indigenous Law Institute, and the Centre for Cities, has supported those efforts through research and coordination.

Although some municipalities have created Indigenous affairs offices and advisory committees, mandated cultural competency training for all employees, and implemented land acknowledgements, challenges still exist when evaluating whether these decisions constitute meaningful action. When making decisions regarding Indigenous communities, municipalities should ensure that Indigenous representatives are present on negotiating teams in discussions on treaty-related matters, that urban Indigenous strategies are being implemented, that Indigenous Advisory Committees have adequate decision-making power, and that reconciliation action plans address financial reparations and shared political power.

To that end, the second blog post in this series will highlight in more detail some recent efforts by Canadian municipalities to recognize their legal obligations to Indigenous Nations and strengthen Indigenous-municipal relationships in meaningful ways, and consider the success of some of these initiatives to date.

Ember Chapdelaine is a member of the Kettle and Stony Point First Nation. She earned her Juris Doctor from the University of Windsor, Faculty of Law, in 2022 and is articling with Legal Aid Ontario focusing on access to justice issues. Her academic focus and employment experience have primarily been within Indigenous legal orders, poverty law, environmental law, municipal law, and land-use planning. Ember is a human rights advocate, an environmentalist, a daughter, sister, and community member. As a result, she aspires to use the law as a tool to help create a better and healthy future for the next generations to come.

Megan Hooper recently earned her Dual Juris Doctor from Windsor Law and Detroit Mercy. Prior to law school, Megan earned her HBA in Criminology, Sociology, and Women Gender Studies at the University of Toronto. Her undergraduate studies focused on Indigenous communities and the impact of land dispossession through research addressing the epidemic of missing and murdered Indigenous women and girls. As she transitioned to law school, Megan sought to continue her at Windsor Law where she was honoured to work with Beverly Jacobs on research that explored how land use contributes to the marginalization of Indigenous communities. Megan was also particularly humbled by the opportunity to work alongside Haudenosaunee land defenders of 1492 Land Back Lane, where she experienced firsthand the impact municipalities have on Indigenous Nations. During law school, Megan conducted research, with the support of Professor Jillian Rogin, on how injunction proceedings disproportionately target Indigenous people and often lead to the removal of Indigenous Nations from treaty lands. Megan is currently articling at The Ministry of the Attorney General.

The views expressed in this blog post are the authors’ and do not constitute a position of the Centre for Cities, Windsor Law, or the University of Windsor. 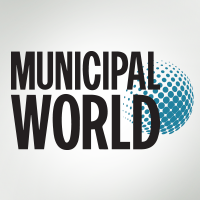 Municipal World talks with leaders in the Indigenous-Municipal relations sphere about roadblocks to Indigenous political engagement, starting relationship-building conversations, and… 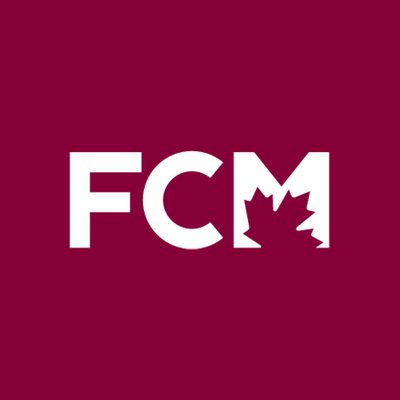 The Federation of Canadian Municipalities (FCM) works with Indigenous organizations to increase collaboration between First Nations communities and neighbouring municipalities.…