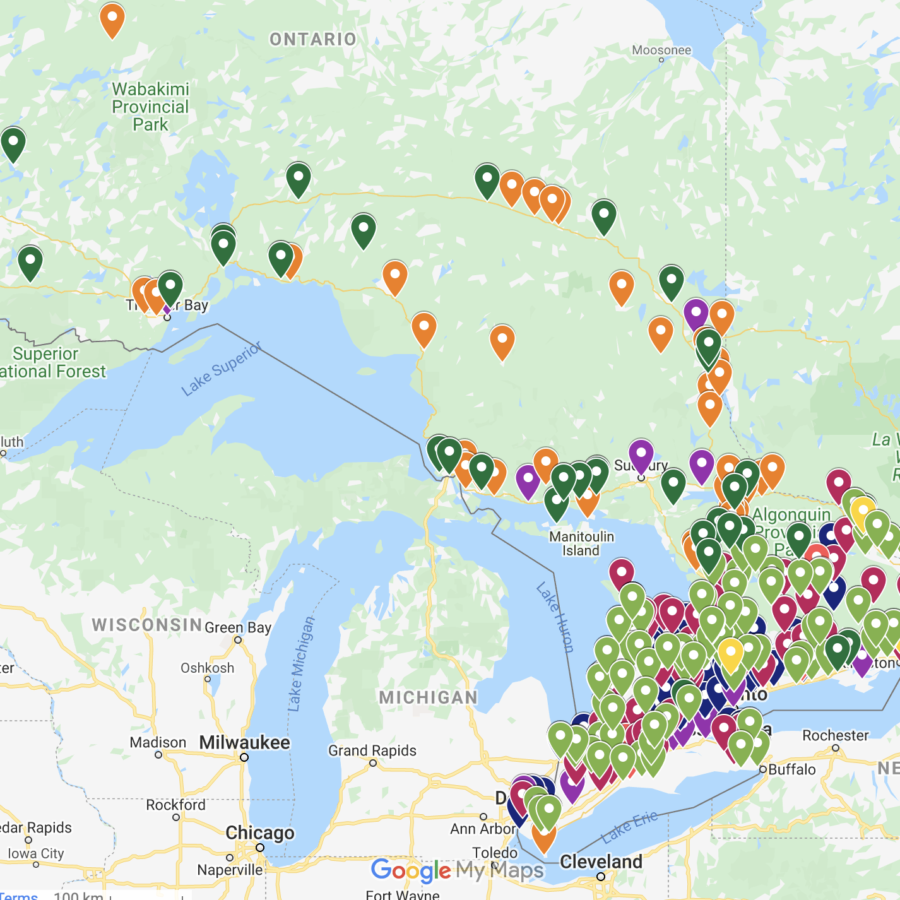 The Windsor Law Cities and Climate Action Forum (CCAF) is pleased to announce the launch of a new tool for municipalities, researchers and advocates interested in local-level policy approaches to climate action. The map tool includes all Ontario municipalities that have included climate-related language in their official plans and/or zoning by-laws. The map also indicates municipalities which have declared a climate emergency, whether or not they have included language in official plans and by-laws yet.

Climate change is an existential crisis, and municipalities are at the forefront of addressing it. Sustainable land use planning is a key tool for real climate action. While municipalities have included climate-adjacent language for some time – for example with a focus on supporting active transportation and walkable communities – there has more recently been a shift towards the inclusion of climate-explicit language that reflects the urgency of the need for direct action.

The map tool and instructions can be accessed here.

The map allows municipalities, researchers, and other community organizers to see at a glance what language is being used in municipalities across the province.

Official Plans are required in each of Ontario’s 444 municipalities under section 14.7(3) of Ontario’s Planning Act. Official Plans ensure the transparency of a municipality’s general land use planning policies, build capacity among residents of a community in how their land is used now and in the future, and demonstrate local council’s commitment to the sustainable growth of their community.

Zoning by-laws, passed pursuant to s.34 of the Planning Act, implement the objectives and policies of a municipality’s official plan, provide the legal framework for managing land use and development, and protect from conflicting land uses.

Climate emergency declarations are often a first step for municipalities as they seek to implement more ambitious climate action.

The Cities and Climate Action Forum (CCAF) is a policy clinic of Windsor Law and the Windsor Law Centre for Cities.  CCAF is comprised of upper-year Windsor Law students under the supervision of Dr. Anneke Smit with the assistance of community partners. It seeks to support youth, community builders, and municipal governments to work collaboratively for institutional climate mitigation action at the local level. CCAF was created through a grant from the Climate Action Fund of Environment and Climate Change Canada.

Katie Pfaff is a Windsor Law JD/MSW student and member of the Cities and Climate Action policy clinic.