Climate Blog: Resilient cities and private-public partnerships in the fight against climate change 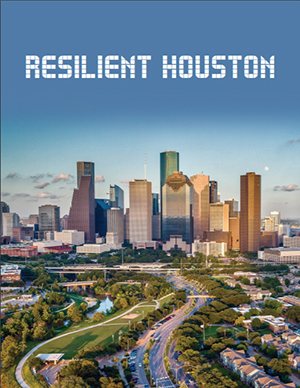 Climate Blog: Resilient cities and private-public partnerships in the fight against climate change

The Canadian Council for Public-Private Partnerships held its 28th annual National Conference on Public-Private Partnership from November 17-19, 2020.  Public-private partnerships (P3) are a way for governments to procure and implement public infrastructure and services using the resources and expertise of the private sector. This conference is recognized internationally as the premier forum on P3s and brings together 1, 2000 senior government and business leaders from across Canada and around the world. Given the challenges of COVID-19, the event was held online. The three-day event consisted of a packed program with keynote addresses by government officials and industry leaders, and panels of experts on topics ranging from regional infrastructure projects to discussions with Canada’s infrastructure ministers to exploring P3 opportunities around the world. The conference showcased that P3s can be useful in a variety of areas, including climate change adaptation and mitigation.

Of note in the cities and climate nexus was the panel “Resilient Cities: World Mayors Discuss Greatest Challenges & Promising Solutions.” The panel was moderated by Dale Bonner, Executive Chairman of Plenary Concessions, which holds Plenary’s North American portfolio of infrastructure project companies. The speakers were Daniella Levine Cava, newly elected mayor of Miami-Dade County and Sylvester Turner, mayor of Houston. Both mayors oversee large economies with Miami-Dade’s annual budget of $9 billion and Houston’s annual budget of $5 billion. In their remarks, both mayors noted healthcare, particularly in the context of COVID-19; housing affordability; and climate change as key concerns.

Both Miami-Dade County and Houston have felt deeply the impacts of climate change. As Mayor Levine Cava noted, the geographical location of Miami-Dade County makes it one of the areas most at risk from rising sea levels. In order to combat this, the county has been aggressively pursuing ways to address infrastructure to deal with sea levels in addition to implementing more green energy. For its part, Houston has had to deal with a tremendous number of natural disasters in recent years. Houston has been confronted with six federally-declared flooding disasters in five years, including Hurricane Harvey in August 2017, which ravaged the Houston area with one trillion gallons of rain.

These local governments, compared to their state and federal counterparts, have thus been the ones to most intimately feel the impacts of climate change on their citizens. On February 12, 2020, Houston released Resilient Houston, the city’s resiliency strategy to protect the city against such future disasters. One of Resilient Houston’s five thematic visions illustrates Houston as a leader in climate adaptation. Mayor Turner noted the significance of Houston’s work on climate change, as Houston is considered to be the energy capital of the world. He remarked that years ago energy companies would not have been seen standing with any mayor of Houston talking about climate change. The tides have changed, however, and public-private partnerships have become integral in the fight against climate change. In fact, Resilient Houston is in part supported by a $1.8 million sponsorship by Shell. Mayor Turner notes that “in order for us to achieve the objectives of our climate action plan, we have to work in collaboration with the energy sector in this community and they have embraced it.” Some argue that Shell’s climate action contributions are a large-budget example of greenwashing, where a company spends money on marketing themselves as having environmentally friendly policies, in order to cover up a bad record on the subject. Nevertheless, the partnership between Houston and Shell, at least for now, appears to be helping in the city’s efforts in climate adaptation.

In cities like Houston, the need for innovative solutions such as this public private partnership is increased because the city has been largely on its own in trying to meet the goals of the Paris Agreement. Texas as a state does not have a climate change mandate; at the federal level, under the Trump administration the United States officially left the Paris Agreement  but President Joe Biden has just re-joined the international agreement on climate mitigation). This has placed added pressure on local governments to take the necessary action on climate change. The panel’s moderator, Dale Bonner, noted the increased difficulties that municipalities face as they, unlike federal governments, cannot run deficits. This is currently true of municipalities in Canada as well. The P3 model may thus be even more attractive to these municipal level governments, as it allows for risk allocation between government and private entities.

The P3 model as it relates to climate change is a space to mitigate the traditional failings of individual action by private and government entities.  In their 2018 paper published in the academic journal Energy Policy, Maro Buso and Anne Stenger note that private firms and individuals provide sub-optimal investment in energy-efficient technologies or adaption projects.  Government policies, on the other hand, see outcomes that are not consistent with their initial targets, and there is debate about their ability to increase welfare.  Through their analysis, Buso and Stenger find that “PPPs as opposed to public subsidies lead to higher levels of final outcomes (investment and effort) thanks to direct government involvement in the decision-making process that places more emphasis on the social returns of the project in the final outcomes.”

This is not to say that P3 model is necessarily the best tool available to each municipal level government: other factors such as the bargaining power of the municipality in question, size of the private firm, and number of potential P3 projects impact the cost-benefit analysis of using this model. P3s are also not without their controversies. For example, there are examples of P3s, such as school P3s in Alberta and Nova Scotia and hospital P3s in Ontario, in which mismanagement of funds have cost taxpayers tens of millions of dollars and contributed to inefficient provision of public services.

The procurement process of P3s also leaves room for the most cost effective, and not necessarily the most climate friendly projects to be chosen by municipalities. In response, the World Bank has called for the development of Climate Smart P3s. These P3s provide incentives for companies to include climate adaptation and mitigation methods into their bidding documents. Such methods outlined by the World Bank include:

On the government side, the World Bank recommends that bid evaluation criteria is not based solely on price, but also take into consideration the bidders’ low-carbon performance and competence to address climate change.

P3s are not ideal for every project nor every municipality. However, it is evident from the remarks of the mayors at the ground level of decision-making, as well as the comments of experts in the P3 field, that the P3 model can be an important tool in a municipality’s arsenal in fighting climate change.

Narmada Gunawardana is a third-year Dual JD student at Windsor Law and University of Detroit Mercy, and a member of the Windsor Law Cities and Climate Action Forum policy clinic.

Opinions expressed in blog posts are those of the author and do not reflect an official position of the Windsor Law Centre for Cities or the Cities and Climate Action Forum policy clinic, unless otherwise stated.