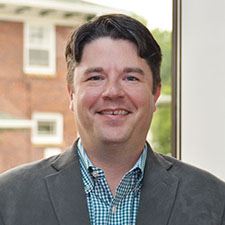 Tom Fehrenbach is an East Lansing native and a 2001 MSU graduate. Shortly after graduation, he moved to the San Francisco Bay Area where he operated a small business and volunteered for community and civic organizations. Through this involvement, he found his passion for community building. In 2010, he decided to make it his career and was selected as the Manager of Economic Development for the City of Palo Alto, California. In 2016, Tom and his family were drawn back to East Lansing. He joined the City of East Lansing as the Community & Economic Development Administrator in 2017, and currently serves as the Deputy City Manager and Director of the Planning, Building, & Development Department.